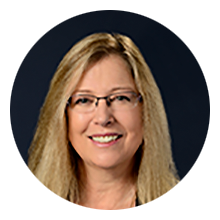 Karen Bartleson is 2016 IEEE President- elect, 2017 IEEE President. She has over 35 years of experience in the semiconductor industry, specifically in electronic design automation. Karen retired as Senior Director of Corporate Programs and Initiatives at Synopsys, an electronic design automation company, where her responsibilities include creating programs for technical standards development, software tool interoperability, and creating and maintaining strong relationships with universities and research institutions worldwide. Prior to Synopsys, Karen brought her exceptional professional and leadership skills to bear at United Technologies Microelectronics Center and Texas Instruments.

Karen was President of the IEEE Standards Association in 2013 and 2014. During her tenure, she led the development of a new strategic plan, furthered the principles of the OpenStand market-driven standardization paradigm, and finalized IEEE’s membership in the Global Standards Collaboration.

As a member of and leader within the IEEE Board of Directors in 2013 and 2014, she chaired and led the development of the strategic plan for the IEEE Internet Initiative Committee, whose charter is to raise IEEE’s influence and profile in the areas of Internet governance, cyber-security, and cyber-privacy policy development. She was also a member of the IEEE Strategy Committee, overseeing the development of the role of IEEE in global public policy.

Karen has published numerous articles about standards and universities and has authored the book “The Ten Commandments for Effective Standards: Practical Insights for Creating Technical Standards” (Synopsys Press, 2010). In 2003, she received the Marie R. Pistilli Women in Electronic Design Automation Achievement Award. She earned a B.S. in Engineering Science with a concentration in Electronic Engineering from California Polytechnic State University in 1980.